How to Get a Seat at Next Year’s WSOP?

Home Poker How to Get a Seat at Next Year’s WSOP?
05
Mar
No Comment 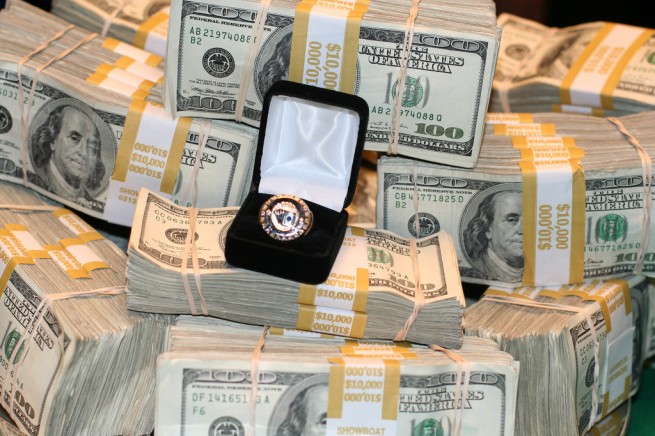 Every year in Las Vegas, both professional and amateur poker players come together for the largest poker tournament in the world: The World Series of Poker (WSOP). Every poker player, from the guy down the street who has his buddies over once a week to people who make their living at the cards, dreams of taking part in this competition. Not only it is the place where the most poker players and fans come together, but there are massive prizes to be won. Perhaps the best opportunity at the WSOP is the chance to go face to face with the superstars of the world poker scene. If you want a part of this exciting event, you need to sign up and qualify.

There are two main methods of getting a seat at the World Series of Poker. Players can choose to pay off the rather large entrance fee, which is around $10,000. The other option is to participate in qualifying tournaments and win them. Not only do these elimination rounds select who will be involved in the WSOP, but they are also a great way to practice and improve your poker skills. Professional players usually pay the $10,000 and skip the long qualifying games. They consider it an investment since their chance of winning of the even larger prizes is more likely. The average amateur is not going to shell out that kind of money and can have fun playing in the qualifying rounds instead.

Recent years have seen an increase in a third of possible way to win yourself a seat at a WSOP game table. Most gambling web sites that offer professional poker tournaments give players the opportunity to qualify for the World Series. Find out which ones here. Read the rules and information carefully at whatever poker site you use on the internet. They all have their own rules and qualifying information. This gives many more people the opportunity to take part in the elimination rounds and get into the WSOP as an amateur.

The poker tournaments held on various gambling websites are also called satellites. As mentioned above, each satellite will have its own particular rules, qualifications to enter the contest and entry fees. A general rule of thumb to remember on your way to the World Series of Poker is that money will shorten your journey. In other words, the higher the entry fee for satellite competitions, the fewer you will have to participate in and win. If you believe you can start out with a free or extremely low cost tournament and turn that into the $10,000 you need to get into the WSOP, you are bound to be disappointed. Several of the satellites require multiple wins to advance to the next level.

At the lowest level of satellite poker tournaments, you find more of the casual and unskilled players which may be easier to beat. However, you will also come across people with more skill but a high level of aggression who are focused on winning quickly and moving up through the levels as fast as possible. If you have a couple thousand dollars to invest in your poker game, it might be beneficial to skip the lowest level of satellite tournaments and start a bit closer to your end goal of winning a seat at the World Series of Poker tables.

The number one goal of Internet based satellite poker tournaments is moving on to the next level and surviving long enough to win the coveted spot at the WSOP. You will not need to win every game you play. Instead of focusing on wins that may boost your ego, concentrate on doing well enough to advance. For many poker players, this may it necessitate a less aggressive and more careful gaming strategy. For example, you might prefer to avoid bluffing and other high risk techniques. If you do lose a qualifying round, it may be possible to start at the bottom of the satellite tournaments again and work your way back up. The money, time and energy you put into these qualifying games only depends on how badly you want to sit across from the masters at the World Series of Poker.