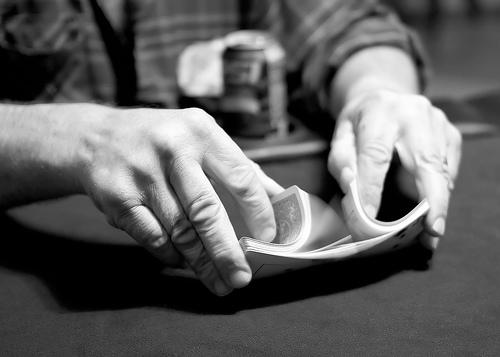 Part of the appeal of playing casino online is that you can play the games on your terms, whenever you feel like it. You don’t have to wait for opening hours, you can play at three in the morning should you choose to. And there’s no need to commit to playing table games or slots, you can flit between all different types of games whenever you want. You only have yourself to consider, you don’t need to think about other players.

But there are times when it’s fun to shake things up a bit and play other people at the online casino. And it’s not only playing poker that you can do this with. To play other people, all you need to do is join a tournament.

Many people would view playing slots as a solo activity. In fact, the original idea behind the invention of the first slot machines was to create a version of poker that could be played by a solo player. And, for the most part, that’s what people playing slots do. They are playing the machine, not a bunch of other people.

However, that doesn’t mean to say that you have to view slots as a single-player activity. Many sites like bgo.com, BetVictor or Gala Casino run regular slots tournaments, where you can play the designated tournament slot and see if you can beat the other players to the top of the leader board. Of course, you’re not just playing for pride – there are extra cash prizes for the players who get to the top of the tournament rankings.

Another online casino game that is usually considered as a one-player game is blackjack. It adds a new level of interest to the game if you join a blackjack tournament to have some competition when you’re playing. One popular version of a blackjack tournament is to have all players beginning play with the same number of chips, and players are eliminated at pre-planned points during the tournament, with the player who has the lowest amount of chips being dropped. Gradually the tournament field is whittled down to the top players. Blackjack tournaments aren’t as fast-moving as slots – but that just adds to the level of suspense and excitement.

Probably the most well-known of casino tournaments are the poker tournaments. You don’t have to take part in the World Series of Poker to enjoy some competition playing poker. Even new players can try their luck at tournaments by entering the freerolls. Many casino sites give new customers a number of free entries to weekly freeroll tournaments, where all the other players are also novices, so everyone’s got a more or less equal chance of winning. This means that players can pit their skills against similarly skilled individuals, which isn’t always possible on the cash tables. Then, when you’re ready, you can always progress to the cash tournaments.

It’s always a great option to be able to play casino games online by yourself but whenever you want to change the pace a little, try out online casino tournaments instead.

Image is courtesy of Todd Klassy.