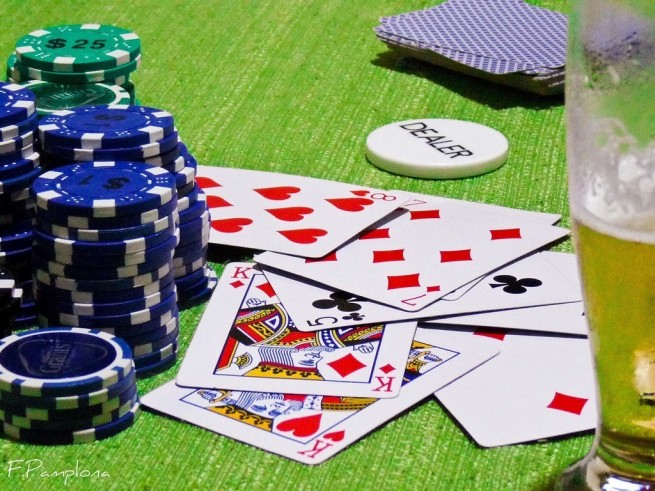 Trust your perception and instincts. If somebody at your table is playing as if they have a great hand, play as if you will lose to them. Before you become familiar with the methods of your opponents, play more conservatively to protect your stack early in the game.

Pay attention to players who steal blinds at your table, as protecting them maybe, as vital as protecting your chips. If you believe a player is stealing the bids, consider a resteal. This will protect both your blinds and add to your collection of chips. However, these techniques should be secondary to chip protection the cause you run the risk of having your bet called or pushed in these situations.

Watch the Size of Your Stack

Risks should primarily be taken to maintain a larger stack rather than be required to save a dwindling stack. The last thing you need is to be forced to take the risk when it is not in your best interest.

If your chips start getting low, it is time to become more aggressive and take more risks. This doesn’t mean calling all other raises or trying to steal when your hand is less than decent. When the tournament nears the later stages, focus on raise or fold technique or, if your stack is low, push or fold.

Smaller stacks also make it virtually impossible to bluff anyone because you don’t have enough chips to back it up. Push pre-flop if the standard raise will increase the pot larger than your stack. Other players will feel much less force to fold if you can push $1,000 pre-flop.

You may think that the only goal in a tournament is to win, but this isn’t the case. Professionals may want to win the overall prize, but many amateurs and less experience players only want to be in the money when the day ends. Different goals translate into different play styles.

If your main concern is having a positive balance at the end of the tournament, you can play more conservatively, decrease the chance of being at the last table, but walk out with a profit. People who covet a spot on that table and want to go for broke may take more risks and play more aggressively.

The most frequently broken rule I see in tournaments is the oversized chip rule. This means, for example, if you throw a $100 chip onto a $25 bet it is a call unless you actually say “raise” before you throw it in. Always remember to speak your intentions aloud before laying down the chips.

Other rules can be broken too, which seriously ruins your tournament day. Before you sit down at a table to play, be sure you fully understand all the rules.

It is important to understand that ornaments blind structure in order to play most effectively. Aggressive structures, for example, should be met with stronger moves earlier in your game.

The majority of players in any tournament are amateurs and maybe beginners just like you. These casual players may put on an act of being serious or professional but really are not. As long as you understand how to play and will do your best, you do not have much to worry about.

Look at the tournament as an adventure, and focus on having a great time rather than winning the top prize. You should play poker for the love of the game and not only for profit.